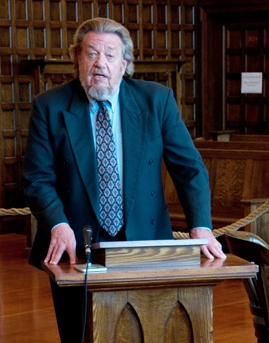 Ron graduated from TU in 1965 with a degree in Business Administration and in 1968 with a Juris Doctorate. He began practicing law in Miami as Asst. DA in the 13th Judicial District in 1969. The governor later appointed him as DA in 1972. He has been private practice since 1974.

Ron practices in all areas of criminal, business and family law. He is currently a member of the Oklahoma Bar Association, The American Bar Association and The Oklahoma Trial Lawyers Association. He has been admitted to practice in Northern, Eastern, Western Federal District Court and the 10th Circuit Court of Appeals.

He has been voted Best of the Best for many years in Ottawa County.